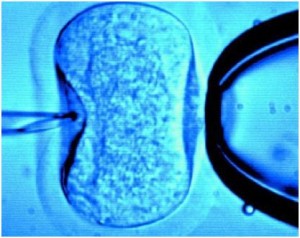 Sushma Pandey was an egg donor, who had visited a Mumbai Hospital for donating her eggs in the month of August 2010.  Two days after the procedure, the egg donor had complained of abdominal pain and had succumbed to death on 9th August 2010.

The investigation on the death of egg donor revealed a far larger story. Sushma Pandey was only 17 years of age when she had undertaken the procedure of egg-donation.  Even more surprising fact was that it was the third time she had acted as an egg donor within a period of three months and she had been acting as an egg donor from the age of 16.

The PAN Card Identity Proof of Sushma had been manipulated and contained incorrect details as per the hospital.  The hospital states that her PAN card stated her age as 19 at the time of admission in August 2010.

The police had booked the man who had accompanied Sushma to the Hospital, Samanullah alias Shanu.  It is unclear, what are the charges he was booked under.  It is also unclear whether the man had been discharged from the case.

From Media Report, I could gather that the Bombay High Court has pulled up the police for not probing the role of the ‘Rotunda – the Centre for Human Reproduction’ Hospital in Bandra where Sushma had undergone the medical procedure. It is learnt that Sushma had visited the Rotunda Hospital in February 2009, October 2009 and February 2010.  The incident took place in August 2010, when Sushma had donated her eggs for the third time.

The ‘Rotunda – the Centre for Human Reproduction’ is a known surrogacy hospital providing packages for intended parents from abroad and within India. However, this is the first time that the incident has come to light. Even in this case, the police have not investigated the role of the ‘Rotunda – the Centre for Human Reproduction’ in the incident. The eggs that have been harvested from Indian Egg Donors are being put to use for Indian and Foreign Couples who are unable to produce quality eggs.

The matter had come up for hearing before the Bombay (Mumbai) High Court on an application filed by Samanullah who had accompanied the egg donor to the hospital. Justice R C Chavan observed “Curiously, the chargesheet does not show that the investigating machinery had proceeded against Rotunda Hospital, which has a record of the victim being an egg donor on three occasions prior to the unfortunate incident, in flagrant violation of the requirement that such a donor has to be between the ages of 18 years and 35 years, when the victim was only 17 years on the last occasion… and she had been donating eggs for at least one-and-a-half years before this.”

The Post mortem report indicates that there was one abrasion, four contusions and a blood clot in the head, plus six injection marks. It is reported that the Bombay High Court noted – the probable cause of death, certified by the doctor, was shock possibly due to such multiple injuries and that the Histopathological Report showed some congestion in the ovaries and uterus.

Sushma’s family refutes any knowledge that their daughter had acted as an Egg Donor ever. None of her family members have accompanied the minor egg donor during the time of the procedure.

Chapter 3 of the ICMR guidelines state that the Oocyte donor should not be less than 21 years of age and more than 35 years of age.  Further, an Assisted Reproductive Technology Clinic cannot establish an Egg Bank or a Sperm Bank.  If an ART Clinic establishes an egg bank, the same should operate as a separate entity and not as part of the hospital. As per the guidelines, only law firms or independent entities can establish a gamete bank.

This is not the first time that the wild side of the fertility industry in India has come to light. Indian fertility certainly has now outgrown in proportions and a regulation by way of legislation is much felt. Though much debate had taken place at various forums, there has been no actual improvement or movement in legislating the Assisted Reproductive Technology (Regulation) Bill.